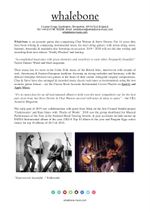 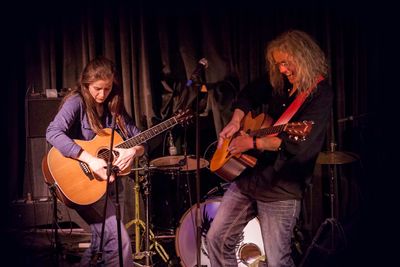 There are also press clippings, quotes and reviews below: 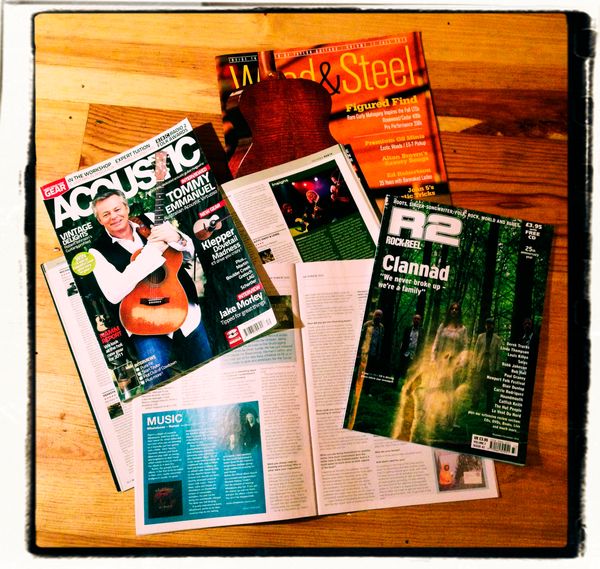 'England's Whalebone are quite simply... a joy! Instrumental music from every genre that will touch every part of your soul.' Andy Donnelly,, January 03, 2014 The Celtic Show, CKUA Radio

'A band going from strength to strength. The time for their breakthrough is surely nigh.'  December 22, 2013 R2 Magazine

'a group that is at the top of their game' 'a classic instrumental album.' Neil King, August 22, 2013 FATEA Magazine

'(they) play with an energy and brightness... Let their musicianship do the talking.' Alison Ashmore, October 01, 2013 Shropshire Review

“..can be enjoyed by non folkies who can quite easily pass it off as classic rock and there are enough folk elements to keep the best finger in the ear traditionalist happy too”  August 15, 2013 Folkall

“..delightfully and defiantly guilty of trespass across musical borders…bold, brave, sly and lots and lots of fun” The Curator, July 24, 2013 Instrumentali Musicali

'It's no mean feat for an all-instrumental album to hold even the most sympathetic ear for the best part of an hour, but Steve Downs, Charlotte Watson and fiddler Sarah Ibberson succeed with tunes and ideas to spare.' Steve Bennett, April 02, 2011 Acoustic Magazine

'Brilliantly conceived and executed. It's amazing how the lack of a vocal and alternative arrangement can make the familiar tangential, reflective, requiring attention.'  December 07, 2010 FATEA Magazine

˜Really really impressed... lovely surprise to be enveloped and overwhelmed by the music... The energy from the three of them onstage together completely blew me away... Layered and dovetail sound... So passionate about what they are doing, it's an amazing thing to watch... I healthly recommend getting to the front so you can be totally wrapped up in the whole thing... Whalebone completely and utterly captivate with their passion and sheer musicianship...' Katy Jay, July 19, 2009 WCR

'It's hard to imagine whalebone not setting feet tapping (at the very least) wherever they might be playing... With their deliciously eclectic mixture of folksy - rootsy - worldly - type music. Whalebone are slick enough at what they do to be taken seriously and loose enough to be having so much fun with it that their enthusiasm never fails to rub off on anyone fortunate enough to see them play! Professionalism and a good time! - Rare mix... Recommended..!' Barrie Jones, Green Wood Summer Music Festival

'It's a work that demands to be listened to and savoured for its immaculate musicianship and clean, clear harmonies, with imaginative riffs, solos and grace-notes adding extra polish... A great album from a truly gifted trio.' Peter Wooldridge , December 01, 2010 Shropshire Review